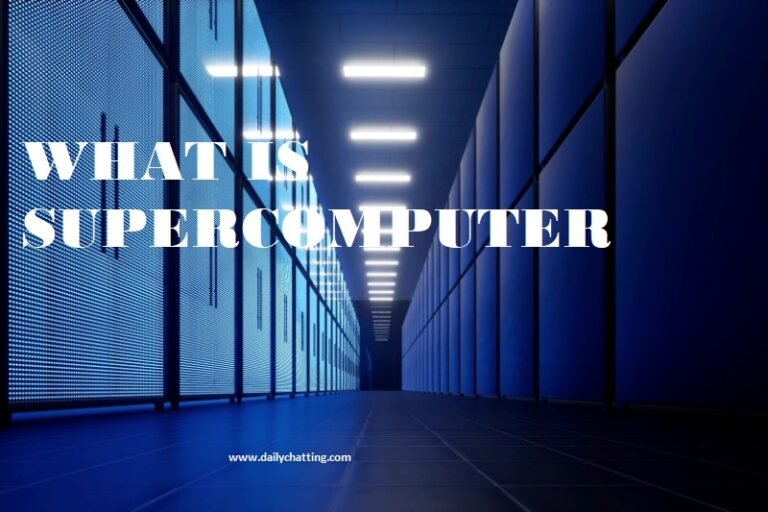 You must have heard about supercomputers. This is a computer whose working capacity is much higher than that of a common computer. For this reason it is called Supercomputer. The performance of these computers is of high system. They are mainly used for engineering and scientific work requiring extremely high speeds. Their processing speed is thousand times faster than that of a common computer. Through this article, What is Supercomputer.

It has a higher level of performance than a normal computer. The computer can perform very high level of Calculation and Computing as compared to General Purpose Com8. It works thousands of times faster than a normal computer. That is why it has been named supercomputer. It is quite fast and powerful as compared to other computer systems. In this, instead of the instructions received per second in Floating Point Operation, it is usually measured in per second. Where there is a need to perform Real Time Task with more Power and Fast Processing, this computer system is used.

If we talk about this computer, then no one person is behind it. It is the contribution of the whole team. The credit for creating the super computer goes to Seymour Cray (1925–1996). He is the ‘Father of Supercomputer’.

In 1946, a 25-meter-long and 30-ton big computer named ENIAC was built for a general purpose by John Mauchly and J. Presper Eckert of the University of Pennsylvania. It is said to be the world’s first super computer.

1972 Seymour Crane, after leaving the control data, he established a research center named Crane to build one of the best high end computers.

1976 In the same year Los Alamos National Academy launched its first super computer named Cray-1 and its speed was about 160 mflops.

The 1990s were a rough year for most super computer makers, and the powerful RISC workstations were introduced and designed by Silicon Graphic.

In 1995, Cran Computer also declared itself in front of the bankrupt world, and then after 1 year, Seymour Cran, who was called the father of super computer, died. Then Silicon Graphic took Cran Research under its control.

In the month of June 2018, a super computer named IBM Summit 200-petaflop was installed in Oak Ridge Company and so far it is considered to be the world’s most powerful and fast computer.

What does Supercomputer do

Its price depends on how much Floating Point Per Second it calculates at the speed. The faster the super computer, the higher its cost. A typical super computer costs $20,000 but larger super computers cost up to $300 million.

1. This is a powerful tool.
2. Larger than normal computer in size.
3. This is quite an expensive computer.
4. Can do more calculations than common computer.
5. There is Multi Processing and Parallel Processing in it.
6. It processes the data at a higher speed.
7.  It works opposite to the Von Neumann Concept.

Companies like IBM, PayPal uses this kind of computer. This computer not only provides more speed than the normal computer but also reduces the fraud that happens online. This super computer works in less time, thousands of times faster than a normal computer. In today’s run-of-the-mill world, it has become a necessity of the people. There are some areas where people have become completely dependent on it.