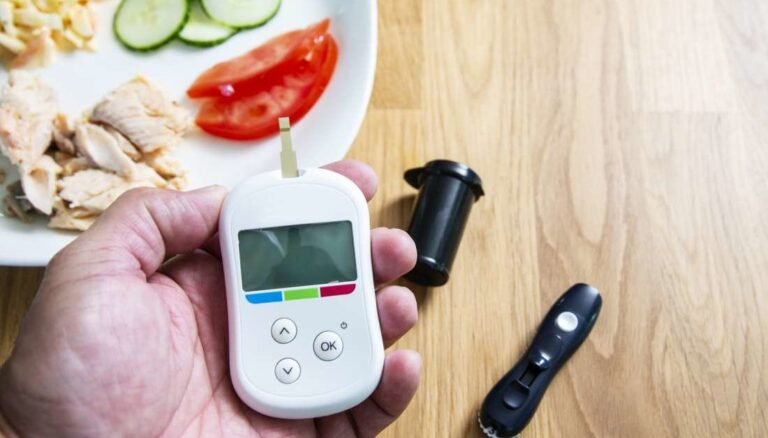 Diabetes Treatment at Home: India is a diabetes capital of the world. With nearly 50 million people in India are suffering from diabetes or sugar, the country has a big challenge to face.

The elevated sugar in the blood is called diabetes. There are two primary reasons behind diabetes- One is when your body stops producing insulin and Second is when the body does not respond to insulin that is produced by the body. Insulin is broken down by the body and used as energy which is transported to the cells. There are two types of diabetes.

This diabetes usually occurs in people who are below the age 20 and that is why it is called as Juvenile diabetes. In this type, the body becomes partially or completely unable to produce insulin. Type I Diabetes is an autoimmune disease. In this, your immune system attacks the pancreas from where the insulin is produced, thereby making the pancreas inefficient or unable to produce insulin. Type I Diabetes cannot be prevented, it can only be controlled with healthy lifestyle changes.

This Diabetes is more common than Type I Diabetes in India. Type II Diabetes usually happens to people who are above the age of 40. This type of diabetes is caused due to insulin resistance. In this case, the pancreas produces insulin but the body is not able to respond to it properly. There can be many reasons behind Type II Diabetes. Some of the reasons can be overweight, high blood pressure, having a poor diet, taking too much stress, hormone imbalance, certain medications and leading a sedentary lifestyle. Though Type II Diabetes can be reversed.

What not to eat in Diabetes?

There are some foods which can negatively impact your diabetes. So the first thing you need to do is to remove these foods from your diet.

2. Whole grains- Grains that have gluten in them should be avoided. Gluten is associated with diabetes as its intake can cause Leaky gut leading to inflammation which is turn can lead to autoimmune disease.

Food to Avoid in Diabetes

3. Alcohol- Alcohol consumption is directly related to diabetes. Alcohol not only damages your liver but also attacks the pancreas that produces insulin. Diabetes is linked with consumption of heavy alcohol which is two to three glasses a day. Beer has a lot of carbohydrates, so it is recommended to avoid it.

4. Cow’s milk- Just like whole grains cow milk can trigger the immune system which can lead to inflammation. Milk coming from sheep and goat is not harmful in fact it helps to maintain the blood sugar level. But the conventional cow milk can be dangerous for you if you are suffering from diabetes.

5. GMO foods- GMO foods have the capability to promote diabetes along with clause in liver and kidney disease. We should choose the products which are labelled as GMO free.

What to eat in Diabetes?

1. Benefits of Aloe vera in Diabetes

3. Importance of Exercise in Diabetes

One of the main reasons behind Type II diabetes is being overweight. Any kind of physical activity be it Yoga, Zumba, Aerobics, Gyming, Playing sports can significantly improve blood sugar level by maintaining your weight. Not only this, working everyday can help to reduce the blood sugar level tremendously.

It contains a bioactive compound that can help to fight and prevent diabetes. It stimulates the insulin activity and thus regulate the blood sugar level. As excess of anything is bad, likewise cinnamon if taken in excess can increase the risk of liver damage due to a compound called coumarin present in it. The true cinnamon not the one buy from shops (Cassia cinnamon) is safer to have.

How to consume Cinnamon?

– Mix half or 1 teaspoon of grounded cinnamon with warm water and have it once daily.

– Boil raw cinnamon in two glasses of water. Let it cool for 30 minutes and have it daily.

How to reduce the risk of Diabetes?

1. Lose weight if you are overweight

Though not everyone who develops type II Diabetes is overweight or obese, but the majority of people are. Excess visceral fat promotes inflammation and insulin resistance, which significantly increases one’s risk of diabetes.

Losing even 10 percent of your body weight reduce your risk of getting type II Diabetes. The rule is the more you lose, the more benefits you will experience.

Smoking is the cause of many serious health conditions. Studies have also shown that smoking and second hand smoking exposes one to type 2 diabetes. Smoking increase the risk of diabetes by 44 percent and people who smoke more than 20 cigarettes a day in them it is increased by 61 percent.

3. Choose water as your primary beverages

Water has be your first choice of beverage, it helps you avoid other beverages which are loaded with sugar and preservatives. Sugary beverages have been linked with an increased risk of both type 2 diabetes and latent autoimmune diabetes of adults.